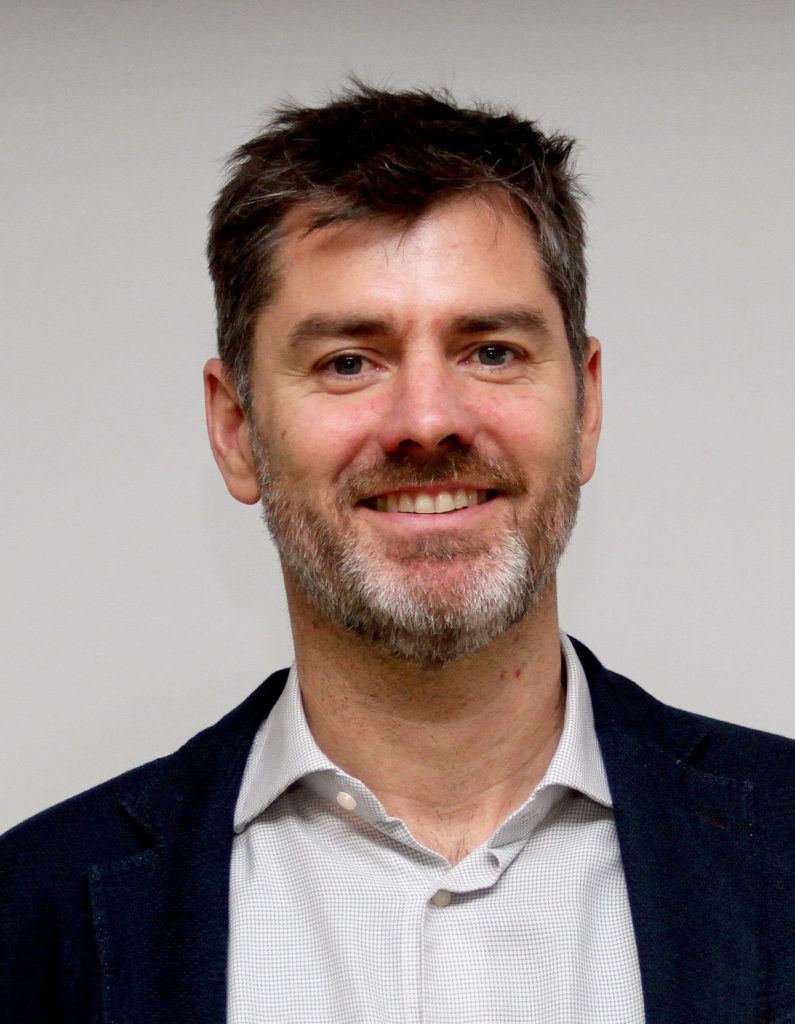 Guy grew up in Cardiff, the capital of Wales and went to university just over the border in Bath, in the West of England.  At the University of Bath, he studied Business Administration and graduated in 1993, having done 6 months’ work experience in New York. After graduating, Guy worked for a number of years in banking and then in the world of advertising before deciding on a change of direction. In 1997, he qualified as an English teacher, before travelling extensively in Asia, Australia and S. America, teaching English in Quito and then in Bogota, where he started to learn Spanish. Guy returned to London for a couple of years to take the Trinity College Dip in ‘Teaching English as a Second Language’ and at that time, enjoyed performing sketch comedy in comedy clubs around London. He decided to do the Trinity Diploma so that he’d be able to train teachers, and when he arrived in Barcelona in 2000, he worked for a number of years on teacher training courses at the Windsor Institute and TEFL international before starting teaching at ESADE Executive Language Center. At ESADE, Guy taught for many years, working on a variety of different courses, but specialised in areas where he could use his real business experience, such as Executive English, and residential intensive courses for major multinationals, such as Roca and Telefonica. In early 2014, Guy joined NELC as a socio and works both as a language trainer and in Sales. In the classroom, Guy tries to ‘keep things real’ by developing activities which are as close as possible to the real situations in which his students will need to use English.