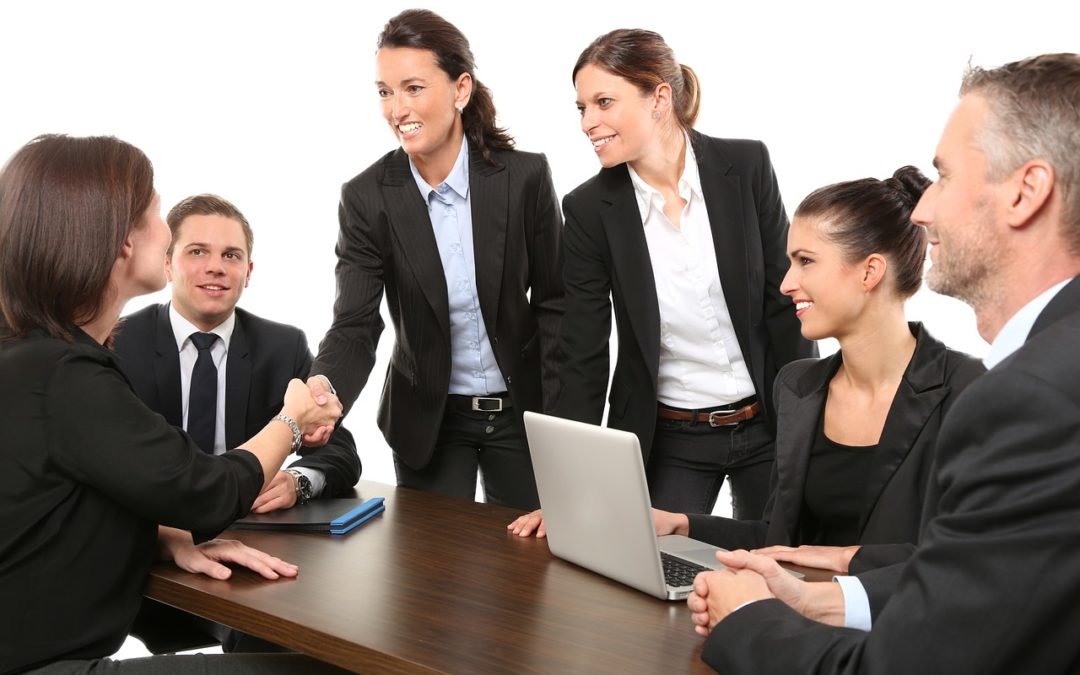 Bonus /ˈbəʊnəs/: n. Extra money that you are paid in addition to your usual salary.
“A Christmas bonus.“

Dissmiss / dɪsˈmɪs /: v. To force someone to leave their job.
“Edwards claimed that he had been unfairly dismissed.“

Employer / ɪmˈplɔɪə(r)/: n. A person, company, or organization that pays someone to work for them as a member of their staff.
“The factory is the largest single employer in the area.”

Employee / ɪmˈplɔɪiː /: n. Someone who is paid regularly to work for a person or an organization.
“Their employees worked a ten-hour day.“

To fire / ˈfaɪə(r) /: v. informal. To make someone leave their job, sometimes as a punishment.
“She was fired for refusing to comply with safety regulations.”

Interview / ˈɪntə(r)ˌvjuː /: n.  A formal meeting in which someone asks you questions to find out if you are suitable for a job, course of study etc
“I’ve got an interview for a job as an interpreter.”

Redundant / rɪˈdʌndənt /: Adj. If someone is redundant, they have been told they must leave their job because they are no longer needed.
“5,000 miners were made redundant when the tin market collapsed.”

Maternity leave / məˈtɜː(r)nəti liːv /: n. Time before and after the birth of a baby when a woman is allowed to be away from her job.
“Elizabeth is now on maternity leave.”

Sick leave / sɪk liːv /: A period of time during which you do not work because you are ill.
“He took a week’s sick leave.”

Perk / pɜː(r)k /: n. informal. An extra payment or benefit that you get in your job
“One of the perks of the job is free tickets to local gigs.”

Personnel / ˌpɜː(r)səˈnel /: n. the people who work for a company or organization, or who are members of a military force.
“A change of personnel on the management team military personnel.”

Recruit / rɪˈkruːt /: v. To get someone to work in a company or join an organization.
“There are plans to recruit more staff later this year.”

Resign / rɪˈzaɪn / : v. to state formally that you are leaving a job permanently.
“It now seems clear that she will resign her directorship immediately.”

Staff / stɑːf /: n. the people who work for a particular company, organization, or institution.
“There are over a hundred staff in the company.”